Beets and beet juice have been promoted as good for you on talk shows, in books, articles and in health food stores, but you may still find yourself asking, "Why are beets healthy?"

Why Are Beets Healthy?

If you still think of beets as an old world vegetable Grandma used to make, you may be surprised to learn that the health benefits of beets are many. The short answer to why are beets healthy is that they are low in fat and rich in nutrients, but that's true for most vegetables. So the real question is, are they any better in comparison to other vegetables?

Vegetables overall are good for us, but one advantage beets have over many vegetables is that both the root and the greens are edible. In fact this vegetable was originally cultivated in the Mediterranean region back in pre-historic times just for the leaves which were primarily used for medicinal purposes. Hundreds of years later people in the Roman empire became adventurous and started to eat the bulbous roots along with the greens, but it was the people of France who in the 1800s made beets a common dish to serve. To this day, beets are a popular vegetable in Europe and have only recently gained popularity in the west as well.

The nutrients in red beets are plentiful:

Proponents of vegetable juice diets and cleanses suggest that beet juice has healing properties that detoxify the blood. In fact, a 1996 study done on animals suggests that beetroot can help prevent cancer. In order to gain the most benefit from beets it is recommended they be eaten raw. Juice is a great way to enjoy raw beets. The juice has a sweet earthy flavor and is loaded with health benefits. Additional health claims associated with beet juice include: 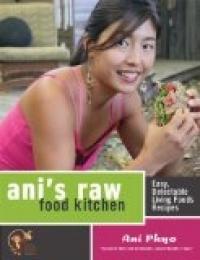 Don't be afraid to experiment with raw beets. Grate them and add them as a salad topping. Beet juice can be used in to create salad dressing recipes, too. For more ideas pick up a raw diet book such as Ani's Raw Food Kitchen: Easy, Delectable Living Foods Recipes.

While the most common beet is the dark reddish purple standard variety, beets do come in a number of varieties. These include:

Some people prefer to use the golden or white varieties for juicing because they don't stain, but they are also more difficult to find.

If you're looking for beets primarily to use the greens, then pick a variety grown for its tender leaves like the Lutz Green Leaf.

As with any food, beets aren't for everyone. Even though they are low fat, the high sugar content found in beets is not good for the diabetic diet.

Another caution is to not overdo it. Beets work as a natural laxative and too much can lead to stomach cramping and diarrhea. When drinking vegetable juice, add just a small piece of a beet to your juice. Here's a sample recipe: