Xenical is a weight loss drug approved for prescription in 1999. Each dose contains 120 mg of the medication orlistat. 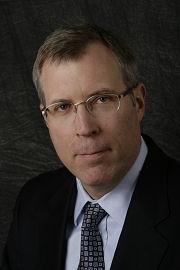 According to the Mayo Clinic, orlistat works in the intestinal tract by blocking a portion of the fat consumed in a typical meal.

Business unit vice president for the weight control division at GlaxoSmithKline Consumer Healthcare Steve Burton notes, "Taken at mealtime, Alli works by blocking about 25 percent of the fat in the food a person eats. Because of the way it works, Alli must be used in conjunction with a reduced-calorie, low-fat diet containing about 15 grams of fat per meal."

The makers of Xenical advise that you eat between 40 and 67 grams of fat per day. With orlistat, this percentage of fat is not broken down and absorbed which results in less overall calories absorbed by the body. With fewer calories offered to the body, potential weight loss can follow.

How Alli Differs from Xenical

Alli works as a fat-blocker in the same way as the prescription drug. However, the Alli plan differs in that it offers myalli as a way to improve results. The entire Alli package includes a lengthy guidebook with meal plans, eating out suggestions, fat and calorie counters, and daily food journals. The instructional book strongly emphasizes the need to follow a low fat diet and engage in physical exercise in order for the drug to work successfully toward weight loss. Furthermore, consumers have access to an interactive website for tracking, comments, and additional information.

Burton points to myalli as a powerful tool in Alli's weight loss arsenal, stating, "Alli provides a comprehensive support program to help people adopt a healthier lifestyle. The website will help people customize their diet, track their progress against their goals, and provide other forms of encouragement and advice to do things, like become more physically active, that are important to longer-term weight management."

A reduced calorie regimen is a significant part of the program. Orlistat blocks absorption of fat calories, but you still need to eat right and exercise.

"The Alli program works by helping people understand they are the active ingredient - healthy diet and exercise is essential to any weight loss program," Burton states. "For people who take Alli capsules and follow the program provided through online and in-pack materials, Alli provides a bonus of 50 percent more weight loss than diet alone."

The package insert also notes the bulk of weight loss with orlistat occurs within the first six months of taking the product. After discontinuing, you must continue with diet and exercise in order to maintain weight loss.

In clinical trials, participants lost an average of 50% more weight than those taking a placebo. While this is only a modest weight loss amount, the importance of losing 5 to 10% of body weight for some is extremely beneficial for improving health and preventing life-threatening illnesses.

Burton notes, "In clinical trials, treatment with Alli resulted in a five percent weight loss, and widely available research has shown that as little as a five percent reduction in weight improves health outcomes significantly in overweight and obese people."

Orlistat does have side effects, Burton says.

"Consumers may experience bowel changes (for example, having to go to the bathroom more frequently), called treatment effects, while on Alli," he states. "These treatment effects can be managed when people follow a reduced-calorie, low-fat diet."

Experts have expressed concern the drug will be abused and is of particular concern with persons suffering with eating disorders. The FDA and GlaxoSmithKline are monitoring the drug use closely due to these concerns. It is strongly recommended that any person considering the usage of Alli discuss the plan with a medical doctor.

However, Burton feels Alli is affordable. "The price will be about $1 to $2 per day and the recommended dose is one capsule with each meal containing fat, up to three capsules a day," he says.

It is somewhat reassuring to know that the FDA has closely studied the over-the-counter Xenical drug and deemed it safe for public use. This is the first FDA-approved weight loss pill available without a prescription, an enormous step away from the serious dangers of other supplements marketed as weight loss enhancers such as ephedra, hoodia, and phentermine. Time will tell whether or not the public will responsibly use the drug or abuse it.