The Master Cleanse Diet, sometimes also called the Maple Syrup Diet or The Lemonade Diet, is an old diet that has recently come back into fashion in a big way. Celebrities like Beyonce Knowles have credited the diet for their rapid weight loss. Likewise, scores of non-famous people use the diet as a regular maintenance cleanse to purge impurities from the body.

The Master Cleanse Diet was originally written in 1976 by Stanley Burroughs, though he had been recommending it to people since the 1940s. It was developed as a way to cleanse toxins from the body rather than a weight-loss method. However, most people who do the cleanse find they lose a fair amount of weight as those impurities are secreted from the body.

Burroughs used the cleanse to treat ulcers and other intestinal problems. Doing the cleanse also tends to clear up skin problems, since acne is thought to be the body's way of trying to purge unwanted substances. 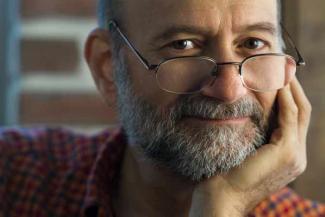 The diet was revived in 2004 when Burroughs devotee Peter Glickman published a book Lose Weight, Have More Energy and Be Happier in 10 Days, which outlines the steps of the Master Cleanse Diet, possible problems people might have and plenty of real-life experiences from people who have completed the diet.

Now there are many websites dedicated to the diet, including Glickman's own Raw Food Site. If you're interested in reading Burroughs' original book on the Master Cleanse Diet, you can download it from Health and Light.

The Master Cleanse Diet is a fast during which no solid food is consumed. Instead, people on the cleanse drink purified water spiked with lemon juice, organic Grade B maple syrup and cayenne pepper. A laxative tea or saltwater drink may also be consumed to help get things moving once the impurities start releasing from the body.

The basic recipe for the Master Cleanse Diet is as follows:

Mix all of the ingredients and drink. Burroughs recommends drinking between six to 12 glasses daily during the course of the cleanse. No food should be consumed, just drink whenever you are hungry.

Before bedtime and first thing in the morning, you can either drink a cup of herbal laxative tea or do what's referred to as "salt water bathing." Mix two teaspoons of sea salt (not table salt) with a quart of water and drink morning and evening. This is designed to help flush impurities from the body.

How the Diet Works

In an interview with LoveToKnow, Glickman refers to the two steps of the diet, the lemonade and the laxative, as the "agitator and rinse cycle" of the body's natural detoxification process. "What happens is when the body has too many toxins, the liver is supposed to neutralize these toxins and when it can't handle it anymore, it stores them in fat cells. When it can no longer stuff them into fat cells, the body starts to store it," Glickman says.

The reason the fast works is that when the body takes a break from breaking down food, it frees up energy that it can then redirect towards detoxifying. By adding the Master Cleanse's laxative tea in the evening and salt water flush in the morning, the fast is able to cleanse your body even quicker than would normally occur.

It's also important to note that you may feel sick or dizzy on the diet as your body focuses its attention on getting rid of the bad things that are in your body. Some people call this sort of illness a healing crisis; it is how you know your body is healing but it's not so fun to get through.

You may wonder why there is maple syrup in the lemonade, and think that if lemon juice with maple syrup is good, then lemon juice without maple syrup must be better. This idea is incorrect - Burroughs spends a significant portion of his book talking about how the maple syrup and lemon juice provide sufficient nutrition for you to function for up to 40 days, though most people who do the Master Cleanse Diet only use it for 10 to 14 days.

He even says that you don't need to take vitamin or mineral supplements while on the plan, though many companies sell supplements marketed to be taken while on the cleanse. Glickman agrees. "Master Cleanse has gone on for so long without any advertising money behind it; if it has lasted for 50 years this way, it is best not to change it."

This is why it is crucial to use organic grade B maple syrup - "the darker the grade, the more minerals," according to Glickman. He recommends that you "use the darkest organic maple syrup you can find" to optimize your mineral intake.

Once you've done the cleanse for as long as you like, you need to be careful about returning to solid foods. Remember that your body is no longer used to eating. Burroughs recommends that people only drink orange juice the first two days off the cleanse, then eat only raw fruits and vegetables on the third day. Vegetable soup is also recommended to get the body used to food again.

Additionally, since the Master Cleanse is only intended to be used short-term, to maintain your weight loss it is important to be conscious of what you eat afterwards. "The Master Cleanse is only one of three pillars to vibrant good health," according to Glickman. "The second is proper nutrition." He advises that "keeping the weight off really depends what you do with your body after you get it reset."

It is also vital to be careful of what you eat after the Master Cleanse since such a low-calorie diet (about 600 calories per day) will slow down your metabolism, meaning your body will want to hold on to everything you eat. The cleanse can also "disrupt the normal microorganisms that perform useful digestive functions," according to Harvard Healthbeat, a publication of Harvard Medical School. 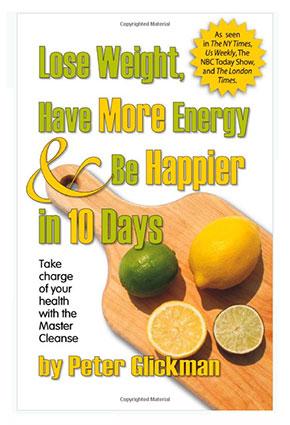 Lose Weight and Have More Energy

The Master Cleanse Diet is designed to be a short-term cleanse. While it was originally intended to heal the body from the inside out, it also helps people to lose weight quickly, as much as a pound or two a day. It is important to note, however, that much of the weight lost on this cleanse is water weight and not fat.

It is also not an easy way to lose weight. It is likely you will feel weak or deprived because you aren't eating solid food. You may feel you need to take time off from work to complete the cleanse because of the effects of cleansing or just feeling run down or sick while doing it.

Many people use the Master Cleanse Diet to clean out their bodies three or four times a year. It is an effective, if extreme, way to lose weight quickly, even though the weight loss may not last.

This diet is not recommended for certain individuals. If you are pregnant, or trying to conceive, such a restrictive diet can be dangerous. On the same note, this diet is not suggested to be followed during menstruation. Individuals with a history of eating disorders should only use the Master Cleanse under the strict supervision of a physician.

You should also avoid strength training during the Master Cleanse, as you are not eating enough protein to help your muscles recover.

People with certain health conditions, such as diabetes and heart disease, should absolutely discuss other options with their medical doctor. If you have any kidney conditions, you should avoid this cleanse as it can be highly dehydrating. If you are taking any medications, this diet should also be seriously considered with your doctor.