If you're interested in following a liquid fasting diet, you've probably come to realize the vast number of liquid diets and fasts available. While these diets claim to be safe, they should not be followed unless under the care of a healthcare professional.

In today's subjective culture, people tend to attach their own meaning to words. The word "fast" has not escaped this evolutionary trend. In ancient times, fasting was associated with doing without food for a specific amount of time and most often held spiritual connotations. Instead of a physical cleansing, the fasts of the ancients had more to do with spiritual cleansing and drawing near to God. In those cases, physical hunger was a reminder to pray or to place thoughts on heavenly things.

Today's definition of the word still centers around abstinence from food, but usually the reasons for fasting center around physical benefits such as detoxification or weight loss. In the case of liquid fasts, no solid food is eaten for a predetermined amount of time. This doesn't differ much from liquid diets. Both diets restrict the intake of solid food and both should also be conducted under a doctor's care. Liquid diets are most commonly followed before or after certain surgeries. However as a weigh loss plan, liquid diets are not ideal as a healthy way to achieve long-term weight loss because they don't teach you how to change your eating habits. As a result, when the liquid diet ends, people revert back to their former ways and the weight comes back.

People who follow the Three-Day Cleansing Diet and the Lemonade Diet do so first of all to detoxify. However, many people follow these fasting diets to lose weight. Neither of these fasts are recommended as a healthy long-term approach to weight loss and should not be followed without your doctor's approval.

To follow the three day cleansing diet, it is best to stay at home. You'll need plenty of rest and you won't want to be far from the bathroom. Liquids used for this fast include:

These fluids are consumed according to a specific schedule and order:

Allow at least 30 minutes between your morning and noon fluid intake. Then drink the following fluids in order while waiting for the allotted time between each:

Before Going to Bed

After finishing your afternoon fluids and before going to bed, drink a serving of the apple cider vinegar mixture made the same way as your morning drink.

After the three day fast is finished, solid foods can be gradually introduced to your diet. 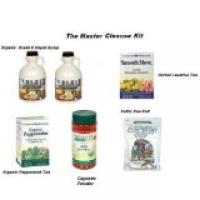 The lemonade diet, also known as the Master Cleanse Diet, requires the drinking of a lemonade mixture throughout the day. Other liquids allowed include water and herbal teas. The average length of time people follow this diet is between seven and 10 days. The recipe for the Lemonade Diet includes:

Along with drinking the lemonade mixture, this diet purges the body's system by using a salt water flush in the morning and a dieter's tea in the evening before bed.

Most liquid fasts and diets warn of side effects associated with detoxification. This can include a multitude of symptoms including:

For more information on liquid fasts and diets see:

If you choose to follow a liquid fasting diet, it is important to take a multivitamin to help maintain your energy and protect your immune system.