From time to time, everyone has food cravings, which is the overwhelming desire for a certain type of food. In fact, statistics show 100 percent of women and about 70 percent of men have had a food craving in the past year. So if you're dying for a chocolate bar or salty snack, you're probably not alone. The trick is to keep those cravings from sabotaging your health and nutrition goals. 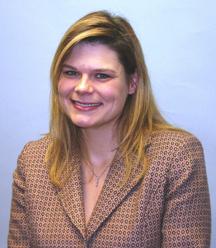 In a LTK interview, Jennifer Simmons, Director of Nutrition Services for LA Weight Loss, says carbohydrates, salty foods, chocolate, and other sweets are some of the most common cravings reported, and it seems women have more carbohydrate and sweets cravings than men. If you're craving certain foods, there's probably a good explanation as to why this is happening.

There's truth to the phrase "pregnancy cravings." A 2013 issue of Psychology Today says bizarre pregnancy cravings can appear in the first trimester and peak in the second, are fairly unpredictable, and are likely related to hormone changes that occur during pregnancy. The same article says American pregnant women often crave sweet foods (like chocolate, fruit, and juices), dairy foods, and sometimes salty or savory foods like pizza or pickles.

If you're craving certain foods (or feel hungrier than usual), medications could be the culprit. For example, a 2016 issue of Psychology Today says anti-depressants, some anti-psychotic medications, and other mood stabilizers can increase carbohydrate cravings. Some medications simply boost your appetite. So if you're dealing with food cravings, check your medication side effects list.

You don't have to be pregnant to experience hormone fluctuations and foods cravings associated with them, such as sweet or salty cravings or a generalized boost in appetite. For women, hormone levels can fluctuate during (or right before) menstruation, ovulation, and menopause. Men tend to experience low testosterone levels with increases in age, which can cause low energy levels and depression leading to cravings for certain foods like sweets.

If you're deficient in an essential nutrient, your body may crave foods rich in that nutrient. For example, if you're deficient in vitamin A, you may crave carrots; a deficiency in vitamin C could cause you to reach for orange juice; and iron deficiency might make you crave meat or beans. If you've tried dieting by restricting macronutrients (carbs, fat or protein), the cravings you've experienced may be your body's way of telling you to eat more of these foods. For example, if you're following a low-carb diet, you might crave carbs, and you may desire fatty foods when on a low-fat diet.

You Have a Food or Sugar Addiction

Being addicted to food is a real concern, and many Americans struggle with this due to emotional or other reasons. In fact, sugar appears to be an addictive substance, especially among people who are stressed, according to a 2015 study published in the Journal of Endocrinology and Metabolism. This can lead to additional cravings, making cutting added sugar from your diet an uphill battle.

You're Stressed, Depressed, or Sleep Deprived

When you're stressed, depressed, or sleep deprived, hormone imbalances can occur. For example, one 2013 study found sleep deprivation is associated with a desire for high-calorie (weight-gain promoting) foods like sweets and other calorie-dense choices. Harvard Health Publications says being stressed releases hormones that lead to sugary, fatty, and comfort food cravings.

You're on a Diet

It's likely if you're on a diet, you've craved foods you used to eat freely but don't anymore. Psychologically craving foods you miss because you don't eat them anymore can lead to self-sabotage if you don't get the cravings under control.

You're Bored or Eating Emotionally

For many people, cravings come when they are bored and their thoughts turn to food. Others eat in an attempt to regulate emotions; they eat their feelings.

It's often difficult to determine if your food craving is physical (your body physically needs it for nutrients) or emotional. Simmons says, "The current definition for food craving is: an intense desire to consume a particular food or food type that is difficult to resist. This definition generally hasn't been accepted by the scientific community. We are born with an innate taste for sweet and salt. As we grow up, we often identify foods that help fill an emotional need. The best questions to ask yourself are: Am I really hungry? Am I eating out of habit? Why am I craving this particular food?"

The following tips can come in handy when you're trying to deal with unwelcome food cravings:

Sometimes you simply can't prevent food cravings from arising, but eating a well-balanced diet, exercising regularly, drinking plenty of water, and seeing a doctor regularly (especially one who can keep hormone levels in check) is a step in the right direction.

Simmons says, "Make small changes at a time, pick one specific goal you would like to work on, and stick with that goal for at least two weeks before adding additional goals. Your goal could be as small as decreasing regular soda consumption or taking a daily 15-minute walk. Small changes will add up over time and make it easier to turn small changes into lifelong habits."

0
Comments
© 2006-2020 LoveToKnow, Corp., except where otherwise noted. All Rights Reserved.
How to Deal With Food Cravings