Raising kids today is hard enough. Trying to raise a kid who refuses to eat anything but the insides of Oreos and the frosting on top of cupcakes? That's enough to drive any parent bonkers, never mind trying to wrangle the crazed anklebiter hopped up on a sugar rush. There has to be a way to sneak some healthy nutrition into that hellspawn child!

In a futile effort to get Maddy to eat something, you may concoct a completely separate meal for her. Don't do that. Everyone at the table should eat the same thing, regardless of how disgusting your beef stroganoff may have turned out. Yes, it's puddle of brownish grey goo (it might be greyish brown goo, no one knows for sure), but a special plate for Maddy just reinforces picky eating. She's special alright, just like everyone else.

2. A Healthy Bribe Never Hurt Anyone

They say you should never bribe your children. They also say you should get in at least 10,000 steps and 8 hours of sleep. How's that holding up? If you can convince Billy to reluctantly chow down on his green beans by offering him a popsicle for dessert, then that's what you've got to do. What Billy doesn't know is that you made that popsicle with high-protein Greek yogurt, goji berries, and some carefully blended baby spinach. Double whammy, sucker. 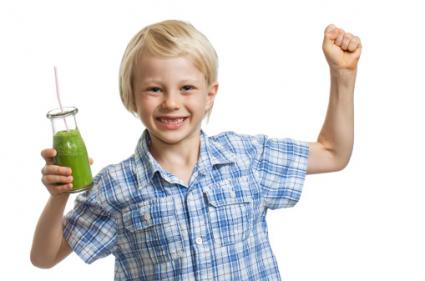 Big people get fooled all the time, often by themselves. You might hate the taste of kale or wheatgrass on their own, but you'll wash it down when it's blended into your $8 smoothie from Booster Juice. You'll even pay extra for it. Take the same approach with your littles. Blend in some raw baby spinach, kale, or blueberry. Sprinkle in some chia or flax seeds. That's all good stuff and they'll never know what hit them.

4. The Cheesiest Tactic of Them All 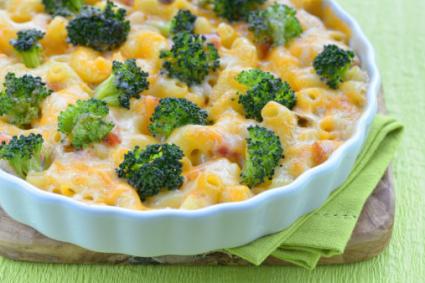 It's ooey. It's gooey. And it's a brilliant way to sneak in foods they don't actually want. Be honest. You're probably not a big fan of plain old steamed broccoli either. Only psychopaths like that kind of stuff. Douse those little trees in a rich cheese sauce and you've got something else entirely. Mac and cheese (maybe not the neon orange variety with chemical ingredients that even your pharmacist can't pronounce) is another way to sneak in peas, green beans, chopped up bell peppers, or mushrooms.

If you're trying to stealth your way behind enemy lines, showing up in a brightly-colored clown costume with ridiculously squeaky shoes isn't going to do you any favors. The same applies to sneaking something healthy into your kid's food. Camouflage is your friend. Put green things in green things, orange things in orange things. Shredded cabbage can sneak into your pasta pretty easily. Cauliflower in mashed potatoes is a good cover too.

6. They're the Captain Now 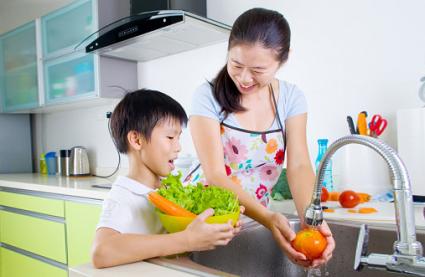 ... or so you lead them to believe. Kids like to think they're in charge. They might very well be running the show at your house - the massive mess of toys that has overtaken your living room is just one sign of their successful conquering.

Extend their sovereignty to the kitchen and get them involved in the cooking and food prep process. This gives them a false sense of control as you lay out nothing but healthy ingredients for build-your-own taco or build-your-own rice bowl night. The free labor is a nice bonus.

Sometimes, the biggest of answers can come in the smallest of packages. It might look like the same birdseed you refill Tweety's dish with each morning, but healthy seed and grain mixes, like those sold by Seedibles, can be discreetly shaken into almost anything to add some much needed nutrition.

If you're more of a DIYer (because what parent doesn't have an overwhelming amount of "free" time on their hands?), you can also build your own mix of hemp hearts, ground flax, and sesame seeds by emptying your wallet at Whole Paycheck's bulk section.

8. Healthy Bakes for Every Taste 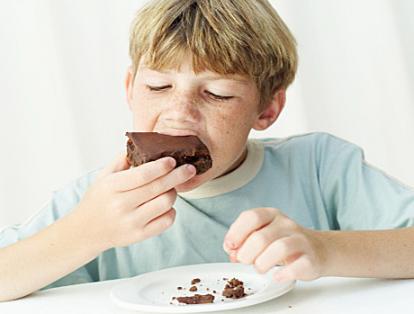 You might think that chocolate brownies are only for fattening your kids up for the winter (or for that pleasant old lady who lives in the woods and throws children into her oven), but they can also serve as a sneaky substrate for grated carrots and other healthy bits.

Whipping up some peanut butter and walnut cookies? Throw in some grated zucchini. They'll never know the difference.

9. Assumptions Get You Nowhere

Hey look, a castle! It's true that the attention span of a toddler can be rivaled only by that of a goldfish, so why not work with this incessant desire for novelty seeking? The kid who hates anything green might happen to love eggplant. Try preparing the same ingredient in a different way. Roasted anything tastes better than steamed and smushed avocado is excellent for sandwiches.

If all else fails, just drown it in ketchup. Kids looooove that stuff. And tomato is a fruit, right?