From superveg to cure-all coconut, the world has seemingly gone bonkers on the "superfood" rage. But all it takes is a little scratch below the surface to find out that...uh oh! we've got it all wrong, and we're the ones coming off as the losers in this superfood fiesta. It's time to lose the smoke screens and shout about some superfood myths which you can just go ahead and leave at the door.

Ah coconut water, nature's very own sports drink. We guzzle it like our poor old dehydrated bodies depended on it, and Rihanna simply can not get enough of it for its so-called rehydration properties.

But hello! Although you may think you feel mighty fine after a day of sipping on the self-professed elixir of life, this part is probably going to hurt - a study published in the Journal of the International Society of Sports Nutrition found that coconut water is no more hydrating than good old plain water or a sports drink. Fact.

2. Quinoa Has More Calcium Than Milk

Once upon a time, not so long ago, there was an urban legend that circulated the internet that a cup of quinoa has more calcium than a quart of milk. Sorry folks, but this is a big fat lie.

Let's break the figures down right here, right now and make that myth vanish - poof! - in a puff of smoke. One cup of milk has around 293 milligrams of calcium, while one cup of cooked quinoa has 31 milligrams of calcium. You don't even need to go do the math, because we've done it for you. 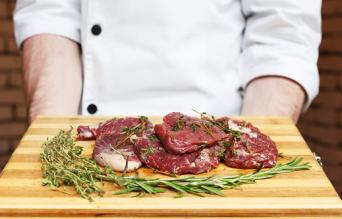 We are constantly bamboozled by stark warnings that red meat is bad for us and can cause heart diseases and leave us knocking on death's door earlier. But wait! Despite the fact that we have been beaten over the head with these headlines, the claims are sketchy. A Harvard study failed to find a link between unprocessed red meat consumption and heart disease.

The upshot? Those who run scared from red meat - of the unprocessed, and preferably grass-fed kind - might be surprised to know that it could very well be labelled the original "superfood," (for want of a better word) instead. It may actually be one of the most nutritious foods you can possibly eat and packed full of vitamins B3, B12, zinc and selenium.

So we've all been drinking bone broth like it's the newest thing on the block - err....*NEWSFLASH* people have been boiling down animal bones practically since the beginning of time. But once again, this "superfood" is riddled with suspect health claims, and when it comes to being backed by science is faced with....tumbleweed.

In a Time article, Dr. William H. Percy, an associate professor and biomedical scientist at the University of South Dakota who has spent more years than we can shake a stick at studying the way the human gut breaks down and absorbs the food we eat, totally denies the claims. He states, "The idea that because bone broth or stock contains collagen it somehow translates to collagen in the human body is nonsensical." 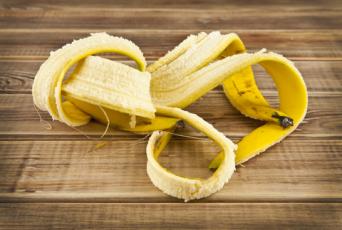 Onion skin, melon rind, and banana peel - you might think these sound about as super as a lame duck. Hands up, while they might not sound appetizing or very superfood-esque, incredibly these cast-offs are not only edible but also highly nutritious! Some of them boast more nutrients than the fruit - true story.

Far from being poisonous, banana peels are packed with vitamins B6 and B12, watermelon rind contains high doses of citrulline, a powerful amino acid which powers up your circulation and immunity, and onion skins unleash a load of quercetin, a plant pigment which can help reduce blood pressure and prevent arteries from clogging.

If your cupboard is exploding with fish oil supplements and you inhale salmon in the hope of keeping compus mentus as the years march on, then hold up! you could be wasting your time and throwing your dollars down the drain. A study published in The Cochrane Library found no evidence about whether omega-3 fats could reduce the risk of cognitive impairment or dementia. Sob.

7. Coconut Oil Is the Cure for All

Apologies now to those of you who have been shovelling down coconut oil thinking it will stave of Alzheimer's disease, diabetes, and thyroid problems.... Sadly and according to the International Food Information Council Foundation, coconut oil can't take credit for any of these.

Ditto, if you've been chowing down on the oil de la coconut in the hope of shedding a few pounds. Instead, you may have to shed a few tears now because when it comes to studies proving that consuming coconut oil leads to losing those extra pounds, you're looking at tumbleweed. As for coconut oil's antimicrobial and antifungal properties.... Guess what? To date, there has been no proof of antimicrobial benefits in refined or even virgin coconut oil. Sob.

8. Acai Berries Are Superior to Oranges 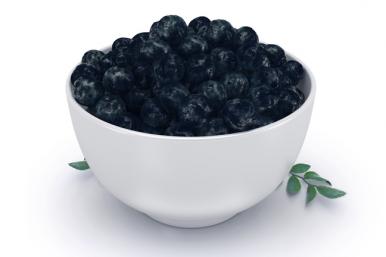 Yes, your basic orange is a fantastic source of fiber, antioxidants and vitamin C, especially the pulp. And here's the deal - you only get 25 percent of the RDA for vitamin C from acai berries, while one orange racks up 93%. Why spend all of your hard earned money on acai berries when you can buy cheaper fruits that are more budget-friendly?

9. "Superfoods" Are Actually a Thing

And here's the whammy. You know what the word "superfood" is? It's a term which has had the living breath rinsed out of it by food marketing professionals just trying to draw you in with their cunning tactics. Show us a dietician or nutritionist who uses the word "superfood," and we'll bring you the moon down from the sky.

So now we've set that straight, we can't wait until the next "superfood" craze raises its head, so we can go ahead and debunk that too. In the meantime, we'll just to stick to plain old eating well, thanks very much.