When you go to the store to do your weekly groceries, you're putting a lot more than just food into your shopping cart. In fact, when you read about these ten surprising ingredients, you may feel like staying away from the grocery store altogether...or at least for a little while!

Also known as beaver secretions (yes, you read that correctly), castoreum adds strawberry, raspberry, and vanilla flavoring to ice creams and other tasty treats. We repeat, this is not a joke. It's not uncommon in perfumes either, which means you may have sprayed it on yourself too. You might be wondering why this isn't more common knowledge, but the catch is that the FDA has approved it as a natural flavor. This means two things: Firstly, that just because something's natural, doesn't mean you necessarily want to be eating it. And secondly, even if you wanted to, you wouldn't be able to find castoreum listed on a label. 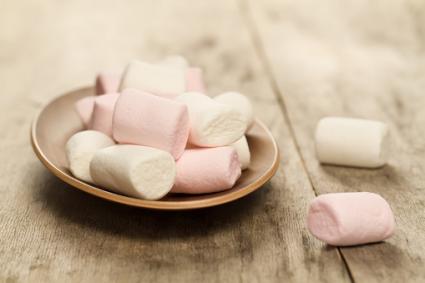 It's what puts the jiggle in your Jell-O, marshmallows, gummy worms, yogurt, and Starburst. Sounds fun, right? Well, gelatin is derived from collagen, which is just another word for boiled down animal bone, skin, and connective tissue. We're not just eating it either. We're putting it on our skin and we're making medicine with it. The food, cosmetic, and pharmaceutical industries all swear by it. Makes you want to reconsider adding it to your kid's lunch box, doesn't it?

What does salad dressing have in common with paint? Both contain traces of the mineral titanium dioxide. That's right, that bright white you see in dressings, icing, candy, and chewing gum are made of the very same substance we add to paints, paper, and sunscreen. Rewind, sunscreen? Yep! Research on whether or not the stuff is dangerous remains inconclusive and vague, but some studies report that the mineral is only dangerous when inhaled while others say that titanium dioxide nanoparticles are indeed toxic. Either way, that doesn't do much to comfort us. You'd think that there'd be some real conclusions for a kitchen item as common as salad dressing! If you're really concerned, the best way to stay safe is to avoid store-bought dressings and other processed foods. Though that seems to be the answer to everything nowadays. 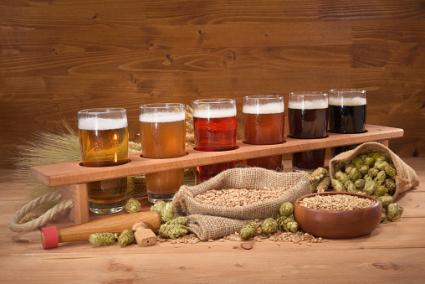 Bottoms up! There's a fishy tale behind many of our favorite British beers. They owe their golden glow to Isinglass; a gelatin obtained from fish bladders. Isinglass is used during the fining process, to clarify the beverage of any excess yeast and proteins. Vegan friends (or easily grossed out friends) watch out! You might want to think twice about the kind of beer you order next time you're at the bar! 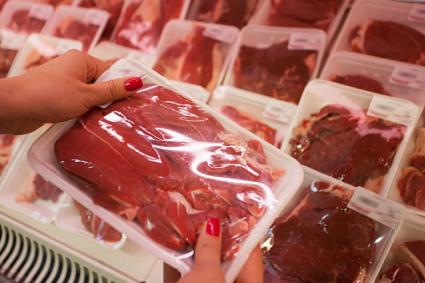 As if you didn't have enough reasons to freak out about packaged meat products, you now have another one: carbon monoxide, the same deadly stuff that comes out of your exhaust pipes. Sorry! Apparently injecting it into packages of meat delays the process of oxidization, which turns your meat from a pretty pink to a slightly less appealing brown. That's why some people think their meat's gone bad, when really its makeup just wore off.

Shellac, the added shine called "confectioner's glaze" that you find on many of your favorite candies, hides a-not-so shiny past. The story begins with a small insect called the Kerria Iacca and ends with their secretions. Wait, it gets better. These secretions, which are scraped off the trees to start the shellac-making process, can carry some of the Kerria Iacca insects along with them, since quality control measures are difficult to track. Luckily, their insect remains are removed later during the refining process, but don't say we didn't warn you.

Thinking about going on a cleanse? Easy. Eat some chips! Apparently, they depend on sodium bisulfite, also used in waste water treatment and in some cases as a bleach, to stay fresh and avoid discoloration. Yikes. Apparently the potato industry depends on the additive in order to keep their business afloat and will continue using it until they find a more suitable alternative. However, the trend of adding questionable chemicals to keep our food looking good seems to point to the fact that we seem to think our food should look as good as it tastes.

Just when you thought you were safe from more insects, there's another one lurking around your food. Red velvet cupcakes, jams, and tomato products get their red hue from cochineal extract, which (spoiler alert) gets its red from the female cochineal beetle. So if you've eaten any of these products, you've probably eaten a bunch of these bugs too. As uncomfortable as the thought of insects in our food may make you, consider this: Insects provide us with tons of protein, fiber, fat, vitamins, and minerals while being a food that's environmentally and economically sustainable. Couple those traits with our ever-increasing population, and you'll understand why the UN advocates insects as the future of food. 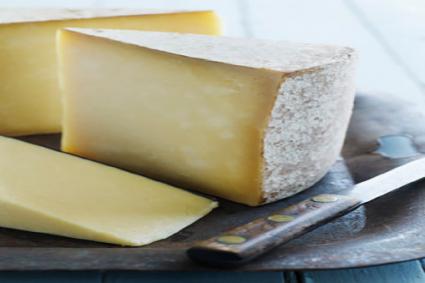 There are two kids of cheeses in this world. No, not cheddar and pepper jack; vegetarian cheese and non-vegetarian cheese. Sound confusing? Let us explain. To speed up the cheese making process, cheesemakers have been using an enzyme called rennet. Where does rennet come from, you say? Oh, nowhere, just the inside of baby cow, sheep, and goat stomachs. Why? Because it's the cheapest option, of course. Luckily, stores and cheese manufacturers have responded to criticism by making cheese with vegetable rennet instead, which is why we now have a such a thing as vegetarian cheese. Vegans, you're still not allowed.

Human hair and duck feathers in your bread? Yeah, we just went there. That's not all either. The doughiness of your bagels, pizza crusts, and pastries all depend on an amino acid called L-cysteine, which uses dissolved human hair or duck feathers. Eating insects doesn't sound like such a bad idea, after all now.

As you can see, there's more than what meets the eye when it comes to our food. However the idea of eating one of these dubious ingredients is clearly more petrifying than the actual act, as we've been doing that for years! Just some food for thought...