Following a very low calorie diet is a surefire way to shed pounds, so you may be wondering why more people aren't adopting this type of weight loss plan. The answer has to do with the difficulty level involved in following very low calorie diets long term, and the side effects associated with them.

The National Institute of Diabetes and Digestive and Kidney Diseases describes very low-calorie diets (VLCDs) as plans providing 800 calories or less per day (typically ranging from 500 to 800 calories daily). These diets are often used to treat obesity in healthcare settings for patients at high risk of developing obesity-related health conditions. VLCDs use medical nutrition shakes for meal replacements as a way to get in as many essential nutrients as possible without the extra calories.

VLCDs can help patients lose up to 5 pounds per week over a 12-week period. However, because of side effects, these diets aren't for everybody and aren't designed to be a long-term weight-loss solution. Low-calorie diets (LCDs) are also used for weight loss, providing 1,200 to 1,600 calories per day for men and 1,000 to 1,200 calories daily for women.

Doctors must weigh benefits of weight loss with risks (potentially dangerous side effects) to determine if patients should follow medically supervised VLCDs.

Feeling nauseated goes hand in hand with hunger and very low-calorie diets, says the Austin Diagnostic Clinic. If you have difficulty dealing with this unpleasant side effect, VLCDs may not be your cup of tea.

Changes in bowel movements may also happen with severe calorie restriction. Constipation and diarrhea are potential side effects of very low-calorie diets, says the National Institute of Diabetes and Digestive and Kidney Diseases and Austin Diagnostic Clinic. This makes sense, as your body adjusts to drastic food intake changes and calorie deprivation. For example, constipation is likely as fiber intake drops.

When you severely restrict calories, it's more difficult to maintain mental sharpness because your brain's preferred fuel source is glucose (a type of sugar). The Academy of Nutrition and Dietetics says when you're following VLCDs and your body is running on fumes, your mind doesn't function at peak capacity. 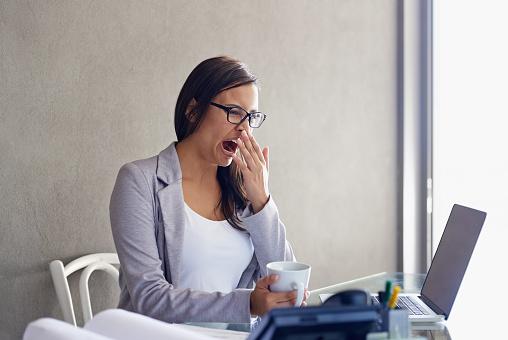 Fatigue is a given when severely cutting your body's fuel source. So you may not be up for as much physical activity as you're used to when following a VLCD, as energy levels often plummet.

It's nearly impossible to meet your body's daily nutritional needs eating just 500 to 800 calories per day, and vitamin and mineral deficiencies can happen. That's why medical supervision (and drinking nutrient-dense medical nutritional shakes) is so important when following VLCDs. Because malnutrition is such a big concern when following this type of diet, VLCDs are only recommended for periods of up to 12 weeks or so at a time.

Hair loss goes hand in hand with severe calorie restriction. The American Academy of Dermatology says hair loss is likely if you lose more than 15 pounds rapidly, and that this type of hair loss can appear three to six months after weight loss has occurred. The good news is your hair should eventually grow back once you're taking in more calories and meeting all of your body's nutritional needs.

Very low-calorie diets aren't sustainable long term. These diets can help you shed pounds rapidly over a period of several weeks or months -- but when you add calories back into your diet weight regain often occurs, says the Academy of Nutrition and Dietetics.

When you significantly cut calories, your body's electrolyte balance can be off. The 2014 review in the Journal of Clinical Outcomes Management says electrolyte imbalances caused by VLCDs can lead to irregular heartbeat and malfunction of your muscles and nerves. That's another reason a doctor's supervision during VLCDs is so important.

Should You Try a VLCD?

Very low-calorie diets aren't for everybody and can lead to unpleasant -- even dangerous -- side effects. So while significant weight loss of 3 to 5 pounds weekly can happen when following VLCDs, it's important to chat with your doctor about the benefits vs. safety concerns before making a final decision. Be sure to only attempt a very low calorie diet under medical supervision.